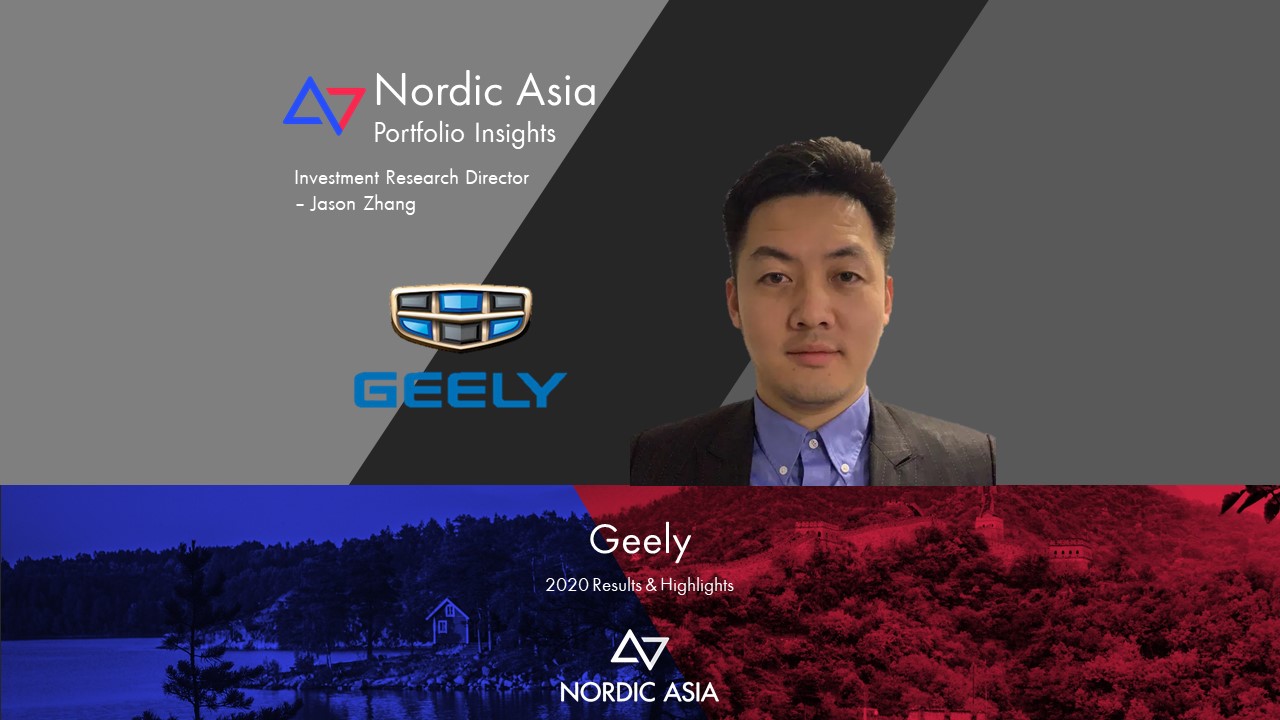 Geely in a nutshell

Geely is a leading Chinese automobile manufacturer focusing on R&D, manufacturing, and sales of passenger cars. After it acquired DSI in 2009, Volvo in 2010 and MBH in 2013, Geely managed to transform into a global group integrating automobiles, powertrains, key parts design, R&D, production, and sales service. It also covers travel services, online technological innovation, and other businesses. Today, the company has its own modern factories in China, USA, UK, Sweden, Belarus, and Malaysia. It also has over 4,000 stores all over the world. Furthermore, Geely has been ranked number by sales volume among domestic passenger car producers for 3 consecutive years. 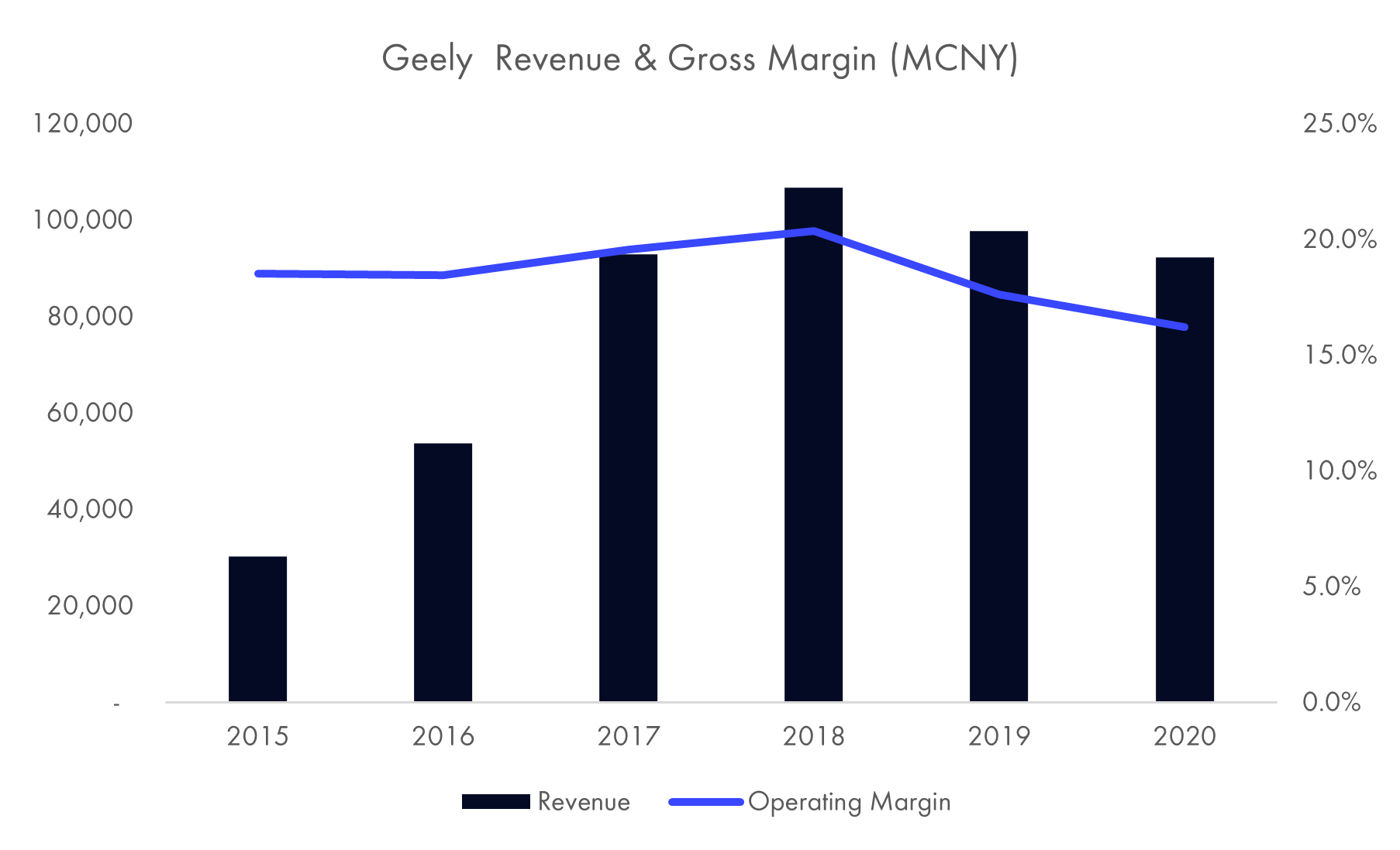 Geely revenue declined 5.4% YoY in 2020, and its net income came in at CNY5.5bn (down 32.4% YoY). Gross margin was down 1.4ppt YoY in 2020 to 16%, mainly due to increasing amortization cost related to previous year capitalized investment cost and growing raw material price. Its net income missed consensus estimates by 23%, mainly dragged by the old auto models and rising operating expenses. The launch of new auto models lifted the selling and R&D expenses in 2H20. The company announced record payout ratio of 29.6% for final dividend (HKD 0.2 per share) in 2020.

How did Geely perform during 2020 and how was it affected by COVID-19? 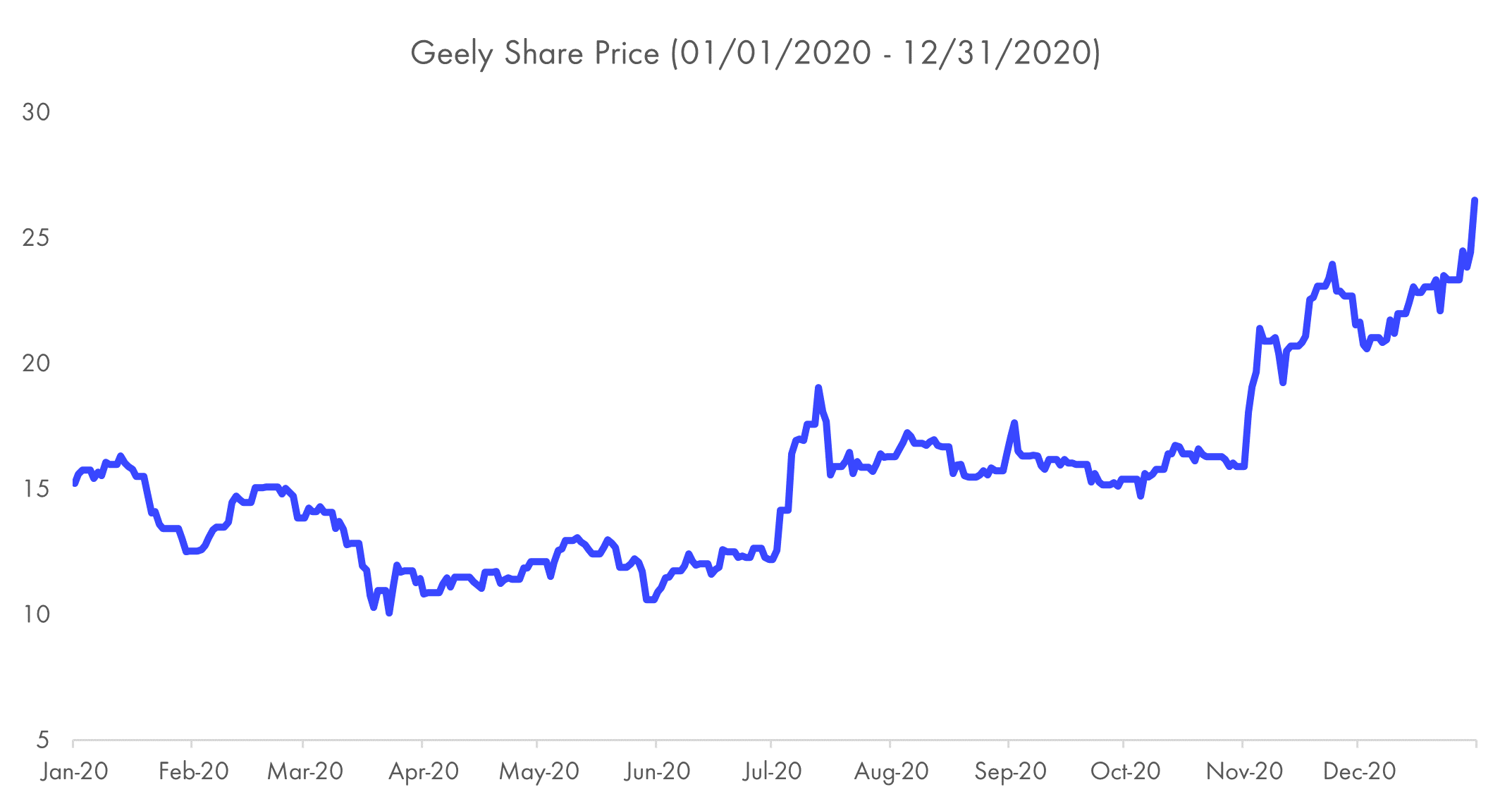 In 1H20, Geely Auto was negatively impacted by COVID-19, similar to other auto manufacturers. The supply chain disruption and macro economy downtrend caused by COVID-19 dragged the auto shipment at that time. GPM remained weak for Geely Auto in 2H20, mainly because the company's products were at the end of the product cycle. The market share target also posed a constraint on profitability. However, we expect better product offerings from Geely in 2021, with stronger branding and market share gain.

In the past year, Geely was actively involved in global expansion and collaboration. For example, it collaborated with Tencent, Baidu, Mobileye for autonomous drive and deepened its collaboration with Volvo. What does its strategy and why it chooses these companies?

Geely started a new model of cross-border collaboration and platform-based vehicle manufacturing. In the cooperation with Tencent, the two companies will carry out a full range of strategic cooperation in areas such as smart cockpit, autonomous driving, digital marketing, digital docking, digital new business, virtual simulation and cloud platforms, based on Tencent’s advantages in content & service ecosystem and cloud technology. In the cooperation with Baidu to form a smart auto company, Baidu will empower Geely with core technologies such as artificial intelligence, Apollo autonomous driving, Xiaodu intelligent voice system, and Baidu map. In the cooperation with Mobileye, Geely plans to adopt the Mobileye SuperVision system based on the EyeQ5H high-computing AI chip in its new model in the fall of 2021. Despite the failure in M&A, Geely further deepened the collaboration with Volvo, and plans to expand the overseas market through the promotion of Lynk & Co brand.

Which are the key drivers and challenges for Geely that we should follow during the coming twelve months?

Geely will start a new round of product cycle with a strong model pipeline in 2021. The company is about to release 5 new cars, including Geely SUV Xingyue L developed based on the CMA structure (to deliver in the middle of 2021), Emgrand’s replacement model (to be launched in the second half of 2021), Lynk & Co brand’s large SUV under the SPA structure, Geely Geometry BEV (blade electric vehicles), and the first model of the new brand Zeekr (formerly Lynk & Co Zero) (to accept reservations at the Shanghai Auto Show in April and to be delivered in September with an estimated price of CNY300,000 to 500,000). The new Zeekr brand was announced to help the company conquer the premium market and expand market share. We believe that Geely will start to upgrade its core models in the third quarter of 2021, which will help increase both sales and profitability.