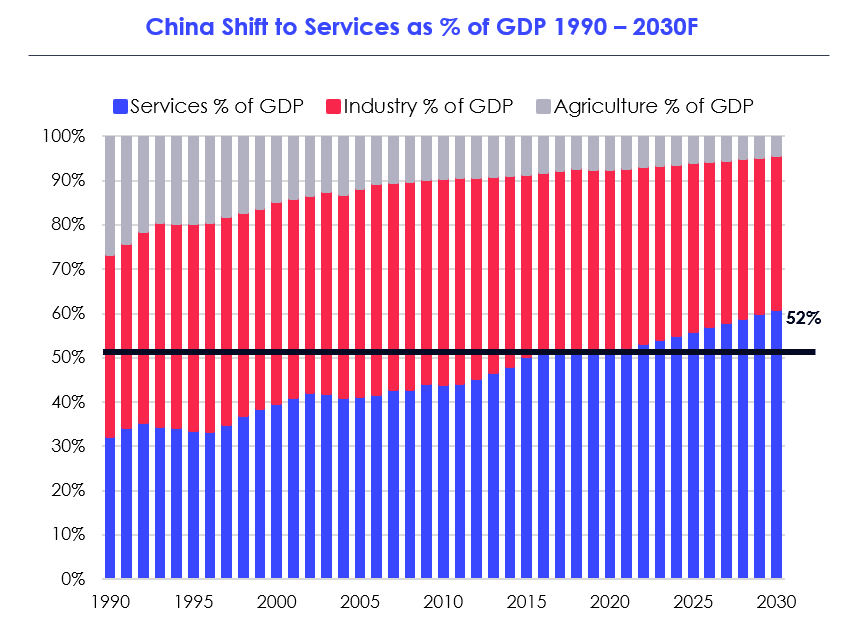 Currently, China Consumption as a % of total GDP is still only 39% but it already accounts for around 65% of GDP growth and is expected to reach 50% of total GDP by 2030. However, there are large regional differences with most of the GDP allocated to Tier 1 cities (Beijing, Shanghai, Shenzhen, Guangzhou). There are also large age differences with Millennials accounting for a 3x times higher discretionary spend. A future driver for a continued strong consumption growth is that Middle Income urban households are expected to double from 2015 to 2030 which means an additional 400 million people reaching a middle class income. 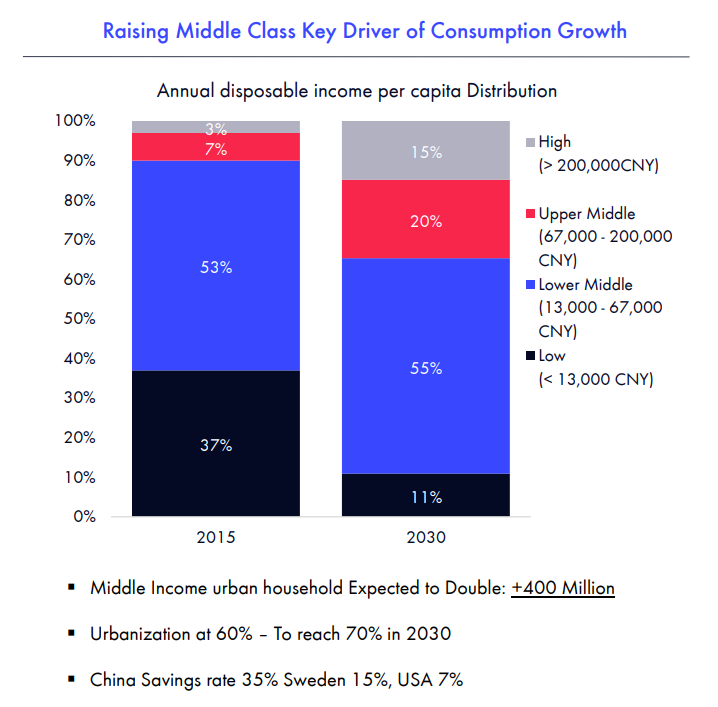 As China’s total GDP is expected to continue to show strong growth with a CAGR of 5-6% between 2018 to 2030 (from USD 13.6 trillion to USD 33 trillion), The expected increase of China Consumption as a percentage of GDP from 39% today to more than 50% in 2030 actually corresponds to an explosive growth of China Consumption from USD 5.4 Trillion today to USD 16.4 trillion in 2030 which is more than 3x in the coming decade. 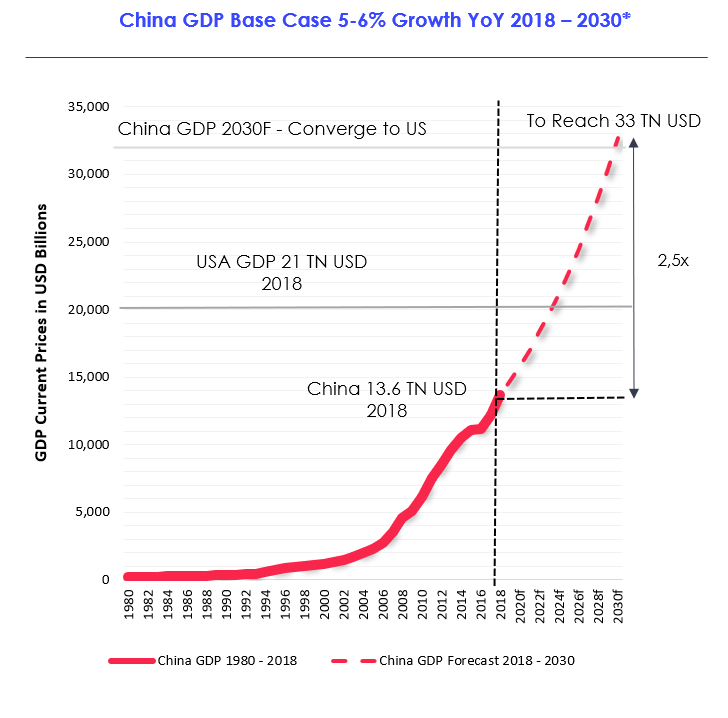 Xiaomi is a leading Smartphone, IoT and home appliances company that offers amazing products with honest prices. It employs a similar strategy as Apple in terms of the creation and empowerment of a closed loop company Ecosystem “Mi Ecosystem” consisting of both Hardware (Smart Home, Smartphone, and Smart Devices) as well as software/Internet Services. Xiaomi combines online retailing directly and via 3rd party platforms with offline stores in a New Retail Omni Channel strategy. 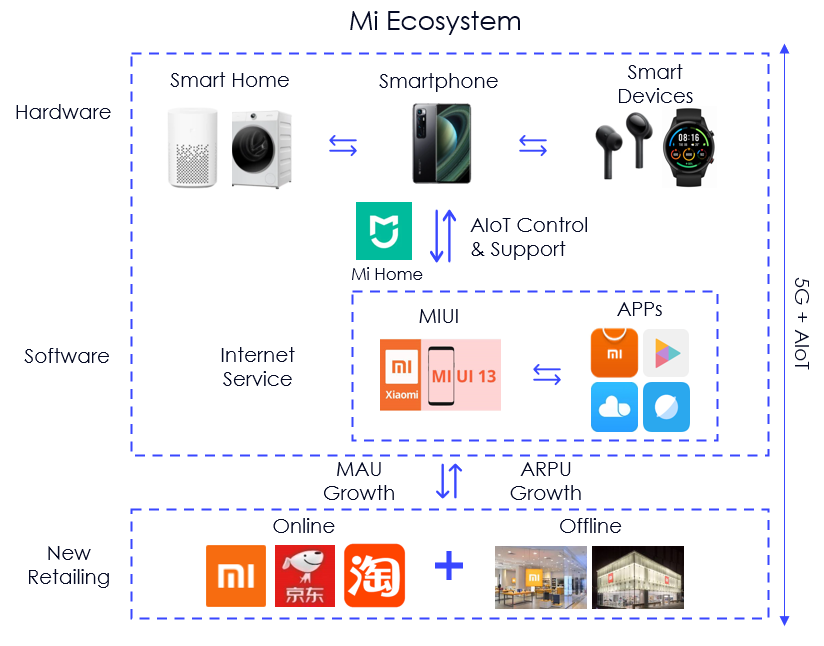 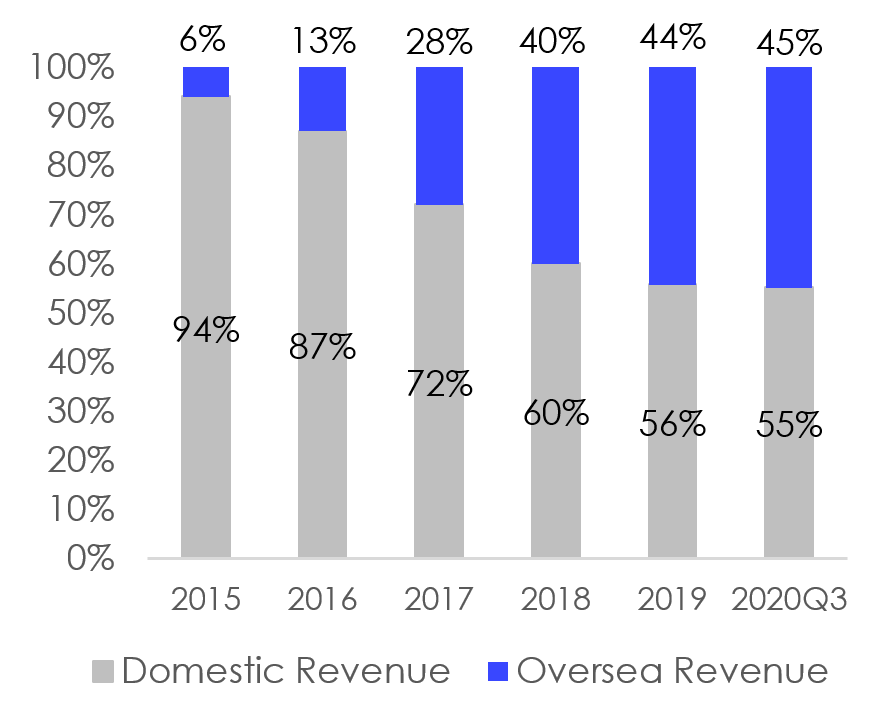 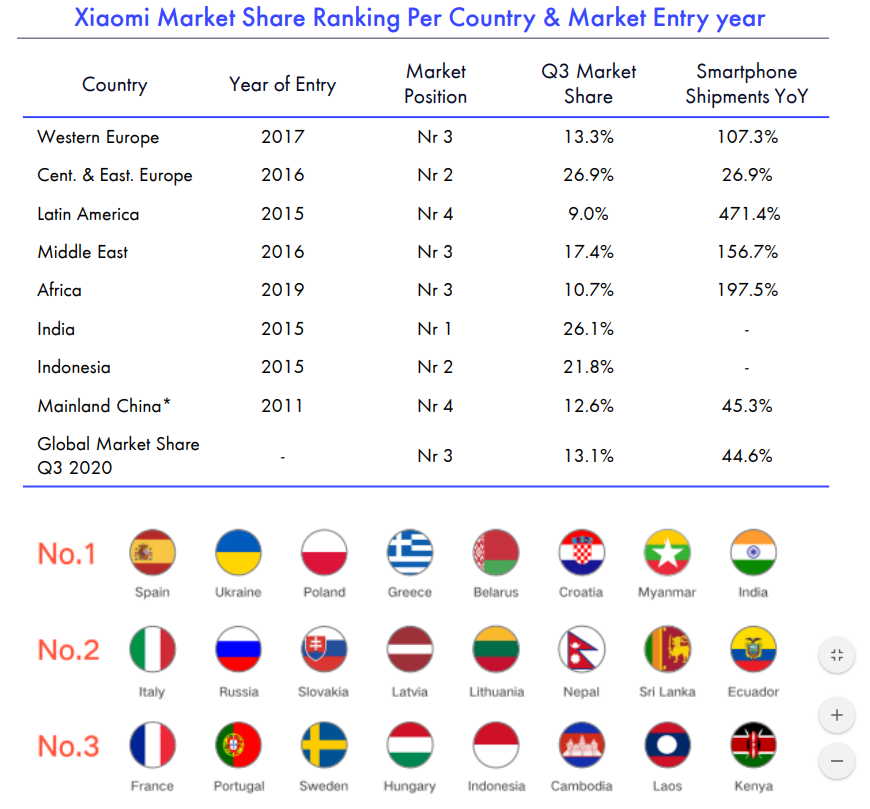 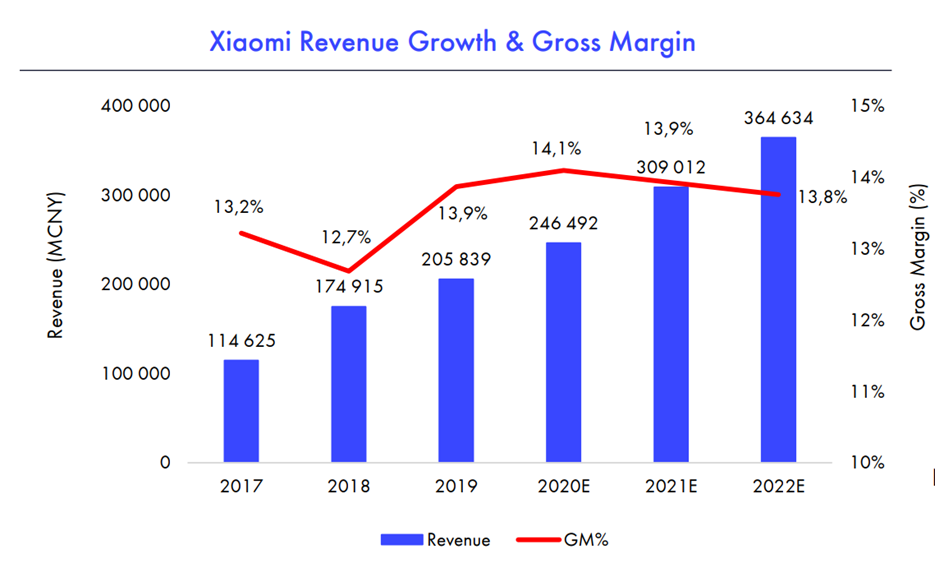 Our guest Jojje, the leading official distributor for Xiaomi in Nordic region and Iceland, also stressed that Xiaomi is growing rapidly in western and nordic countries. Although Xiaomi is already 3rd largest brand in western europe, he still expresses his confidence in Xiaomi because they are huge in sales. Besides 17% of market share in the smarphone market in Europe, Xiaomi has a doniant advantage in its ecosystem products. As he mentioned, Xiaomi's robotic vacuun cleaning owns approximately 92% of the market share in Nordic. With Xiaomi's rapid expansion and high-quality products, it's the first time Jojje faced such huge demand from his customers since 1993.

Please check out the Full Webinar HERE for more in depth information and analysis on the Chinese Consumption Upgrade and Xiaomi. If you find our insights and webinars interesting, please subscribe Nordic Asia on Youtube HERE and sign up for our newsletter.